My story does not start with the Viola da Gamba. After leaving school I began training as an engineering draughtsman. This involved hand working to very fine tolerances as well as making and interpreting working drawings all which would prove to be valuable skills for making beautiful viols. At this time my interest in early music and its instruments was sparked by hearing Julian Bream play the lute. Apart from loving the music I was fascinated by the forms and structures of the instruments themselves.

I began making some simple instruments in my spare time and while researching the construction of the lute discovered the course in early fretted instruments at the London College of Furniture. This I joined in 1973 and while there made a variety of instruments under the guidance of Christopher Challen, Ian Harwood and Stephen Gottlieb. One project was with others to make a set of renaissance viols for a concert given at the college by The Consort of Musicke, controversially for the time these were set up without sound posts and used all gut strings that were being developed by Northern Renaissance Instruments.

This association led to being offered workshop space next to the newly formed Early Music Centre in London. I established my business there in 1976, along with Norman Myall, Norman Reed, Maish Weisman and Brian Cohen.

The vibrant and exciting environment of The Early Music Centre contributed to my acquiring a substantial waiting list and many professional customers which allowed me to move to the tranquil setting of South Devon in 1978. Although my initial interest was in the lute I soon concentrated my attention on the Viola da Gamba family of instruments. 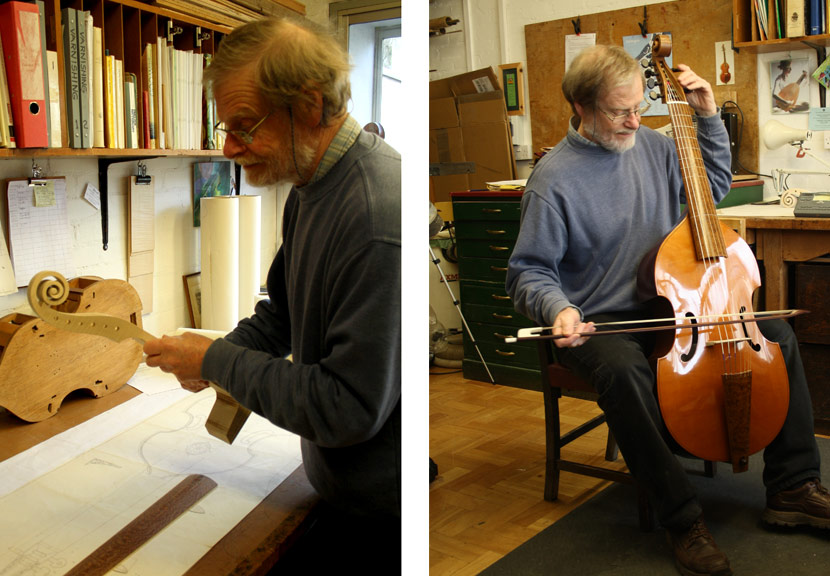